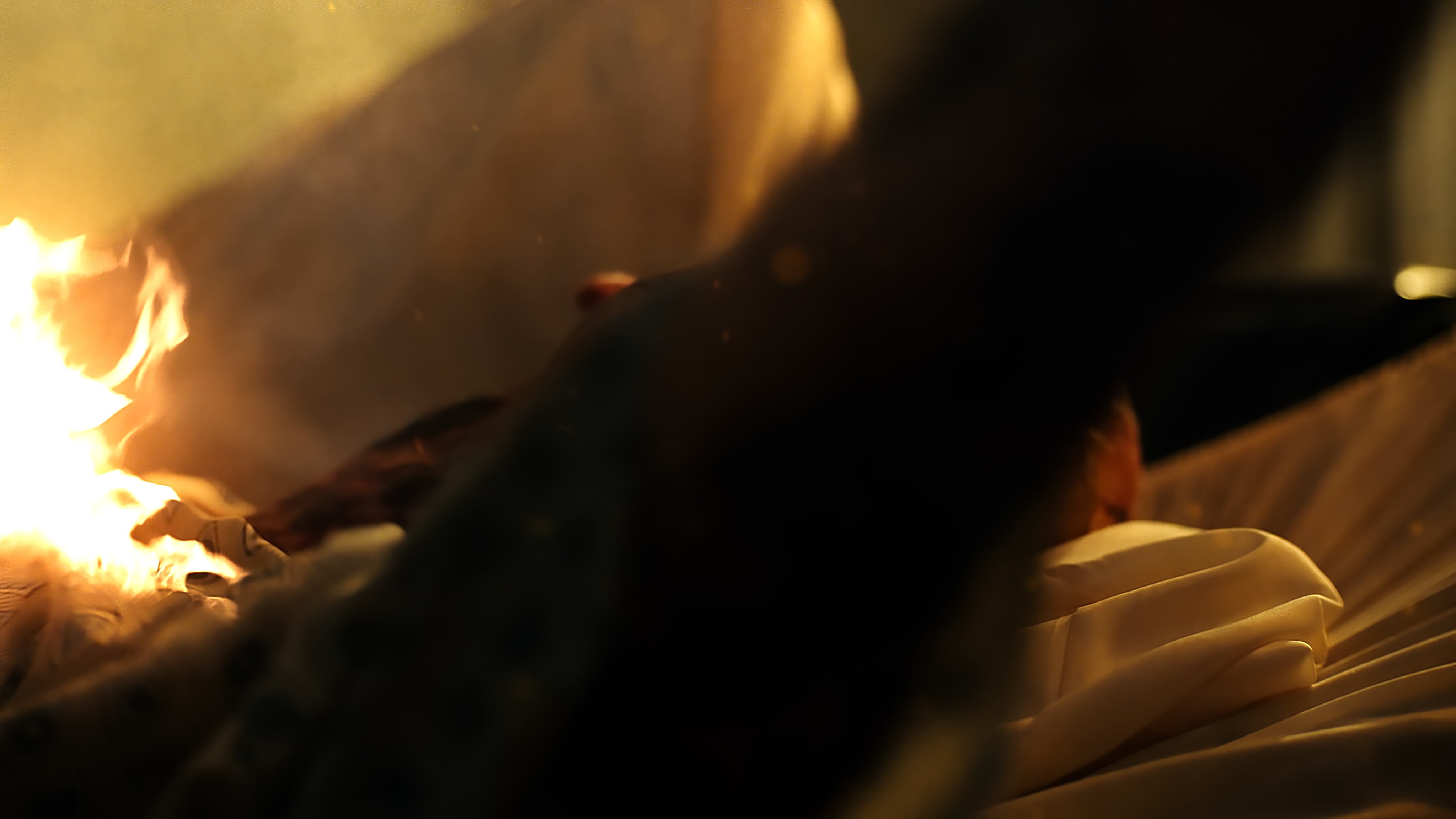 Based on the 2012 MSNBC documentary, Bryon Widner was one of the FBI’s most sought after white supremacists. Covered in racist tattoos from head to toe that he earned performing hate crimes, he conducts a destructive life and is headed down the path of no return. When he meets Julie and her three young daughters from previous relationships, the responsibilities of fatherhood give him the desire to leave the movement behind. He endures death threats and harassment from his old gang while attempting to turn his life around. With the help of the FBI and SPLC, he undergoes 25 brutal tattoo removal surgeries in exchange for decoding the tattoos covering his body, which culminates in the arrest and conviction of his former gang. Written by Guy Nattiv

“That was quite a feat. I can feel his loss now. That little tear boosted the entire shot tremendously. It looks so amazing. Bravo, Batelion.” (Guy Nattiv on the VFX tears on Bryon)

SKIN was not only technically a challenging project but also contentwise. We dealt with the timing of entire sequences that required to understand the circumstances and the current pace, often represented correctly only in the final draft. Technically speaking, we provided some of the most advanced and intensive fire VFX shots ever seen in a movie.

Guy Nattiv is an OSCAR® winning and visually uncompromising perfectionist with a clear and detailed vision of his shots. For the first meeting Guy presented us with an impressive look-book, next to a storyboard and a detailed shot breakdown. His style of communication is purely professional, focussing on the intensity and drama of his film. While editing, Guy revealed that he underestimated the difficulty of some of the VFX, and how lucky he felt, to see these fixed with so much confidence.

Honestly speaking, giving pleasure with VFX to a director like Guy was not easy. But every time we did, we entered the next level and looked back to previous versions with a grin.

(1) Guy Nattiv’s main concern was the look and the intensity of the fire. When he watched Batelion’s Fire Reel, we were invited to take on the VFX onset supervision as well as the VFX post-production.

(2) Guy Nattiv is Jewish and was born in Tel Aviv, Israel.

(3) Guy mentioned the absurdity, that some of the most violent acts of racial hatred in his film were finally made in Germany, Nuremberg,

I added: Please also note that my grandfather was Jewish.

(4) After the sells of his film, Guy told me on the phone that he will bring back the Nazis to German cinema screens. Since October 3, 2019 SKIN can be seen in cinemas across Germany.

(5) Guy Nattiv insisted on calling the actors only by their role name. Because I switched too often between the first names Jamie and Bryon. He reminded us how long Bryon had been among us and that his role had indeed nothing to do with an actor.

(6) During our final VFX submission, Guy did not reply to any of our e-mails which was unusual and would cause problems with the dcp. After two days, I felt there was no excuse, no incident in the world, that would accept this delay or behavior. On Monday, after three days without a sign of life, a Skype video request from him rang through our office, I immediately accepted and kept my mouth shut for a moment because his webcam seemed to be blacked-out. He said:

“Andy, I apologize, but I have the only and perfect excuse for my behavior.

We are currently making a VFX breakdown for Skin. If you liked this article, please subscribe and receive the video-link immediately upon completion.